In fact, there’s been nearly a 65 percent jump in bike commuting over the last 20 years, according to the Alliance for Biking & Walking (ABW). With increasing numbers of cyclists and bike commuters comes a growing need for bike parking.

Many municipalities are amending zoning requirements and writing bike parking into building codes. San Francisco, for instance, requires commercial building owners to provide secure bike parking or allow tenants to bring bicycles into the building. Other cities are converting now-defunct parking meters into bicycle racks, as is being done in Seattle.

Yet there’s still a lot of work to be done – both in public policy and private development. The car-centric culture of the last 100 years shows that “if you build it, they will come.” The same applies to bike parking. A study by the Federal Highway Administration found that one of the chief deterrents for existing and potential riders is the lack of safe, secure parking.

The Association of Pedestrian and Bicycle Professionals (APBP) makes a strong case for bike parking, pointing to the fact that it not only encourages people to ride, but it is good for business. Bike parking is part of the infrastructure conversation, but there has been a lot more ink dedicated to bicycle lanes and other facilities. When it comes down to it, those lanes are pointless if there’s inadequate infrastructure at the rider’s destination.

The Hurdles of Bike Parking

Ask any cyclist what gripes they have related to bike parking and the answers will undoubtedly boil down to security, accessibility, and the functionality of the racks themselves.

Issues with accessibility run the gamut of no parking, not enough of it, and parking that’s hard to find. All too often racks are stashed in a corner of a parking garage or around back by a loading dock, far from the front entrance. Racks are also often installed improperly – either too close to a building or too close together – impacting ease of use and the number of bikes that can be served.

Whether it’s a beat up mountain bike or a carbon fiber road bike, every cyclist wants to be able to park without worrying about it getting stolen or the frame getting scratched or damaged. Unfortunately, some of the most popular racks today do not meet all of APBP’s security and functionality standards, such as wave racks (undulating bent steel with anywhere from three to nine “loops”) and coat hanger racks (triangular bent steel with vertical “coat hangers” along the top tube). Most art bike racks – while imparting a bit of whimsy – are also not APBP compliant.

According to research conducted by Alta Planning & Design, a planning, design, and engineering firm focused on bicycle, pedestrian, and greenway projects, the wave rack continues to dominate the commercial bike parking market.

The Bicycle Alliance of Washington (BAW) has often found that bike rack manufacturers exaggerate the parking capacity of their products. For example, wave racks generally accommodate one bicycle per down loop – less than half the manufacturer’s stated capacity. Furthermore, when used as designed, the wave rack also creates handlebar interference and provides only one point of contact so bikes fall over or get scratched because they are not fully supported. What it comes down to is that bike racks are often an afterthought. They are selected to meet the bare minimum of a municipal code or chosen based on price instead of quality and usability.

Although a national or international bike parking standard has yet to be written, the APBP’s Bicycle Parking Guidelines provide an informative roadmap for the selection and proper placement of racks. The organization recommends racks that:

–Support a bicycle in at least two places.

–Allow a bike to be secured with a U-lock at the frame and one or both wheels are securely anchored to the ground.

The bike racks that meet these criteria include the inverted U, the staple, and the post and ring racks. Some manufacturers are taking these universally accepted types and making them better. The APBP outlines other best practices, which address how to make bike parking visible and convenient. In order to make bike racks accessible, they should be installed within at least 50 feet of a building’s entrance. This ensures accessibility, safety, and security while reducing the potential for bikes getting locked to trees, signposts, handrails, fences, and other non-rack structures.

In order to maximize usability, the APBP and BAW both recommend that bike racks be spaced a minimum of two feet apart. With bicycle theft on the rise, it’s also recommended that they be placed in a visible location, as well as located in high-traffic areas, which can further deter crime.

With long-term bike parking, businesses and building owners need to up the ante with secure bike rooms, bike lockers, or sheltered bike corrals.

Here are some examples of public commitment to make bike parking more prevalent and accessible:

–Portland, Oregon, now has 85 on-street bike corrals throughout the city, which provides parking for nearly 1,500 bikes, and at least another 75 corral locations under review.

–Olympia, Washington, requires that all new commercial buildings provide covered bike parking within 50 feet of the entrance. These facilities must also use racks that effectively meet APBP standards.

–Since the Vancouver City Council approved funding for bike parking improvements in May 2010, over 300 new inverted U racks have been installed along a number of commercial corridors throughout Vancouver, BC.

Everyone benefits when communities are more bicycle friendly. To make cycling the most convenient form of transportation, it needs to be easier for people to ride from point A to B and to park in a convenient and secure location when they arrive.

Overall, better bike parking can be achieved through a multi-faceted approach of municipal ordinances, building owner and developer incentives, education, and people-powered initiatives to shift cultural viewpoints. It’s not about a “war on cars,” but about realigning priorities for multi-modal transportation. It is a necessary and worthwhile investment.

SHARE
About the Author
Gavin Brink, Ph.D. is a Product Design and Development Engineer at Sportworks Northwest, Inc.

Read more from this author
Related Articles in Sustainability

Many students at private colleges and universities are extremely invested in the environment and interested in knowing what campuses are doing to reduce their carbon footprint and contribute to sustainability goals.
END_OF_DOCUMENT_TOKEN_TO_BE_REPLACED 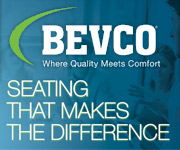 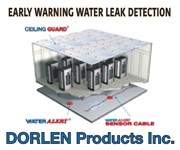