In the two years since launching an ambitious action plan to create a more diverse and inclusive academic community, Brown University has increased the number of faculty from historically under-represented groups (HUGs), widened the pipeline of young scholars on track for tenured positions, and greatly expanded the number of new graduate students from HUGs.

The University has also diversified its curriculum, created new positions to support students from a greater diversity of backgrounds and taken initial steps toward ensuring the full inclusion of individuals with disabilities. Those are a few among many indicators of progress cited in Brown’s second annual report on its Pathways to Diversity and Inclusion action plan (DIAP).

“The DIAP brings substance to our commitment of developing an academic community that embodies the social and intellectual diversity of the world-and to ensuring that all members of the community feel a sense of belonging and have a voice within it,” said Shontay Delalue, who was named the University’s vice president for institutional equity and diversity in December 2017. “This work, which ultimately attracts the best and brightest to our campus, is central to academic excellence at Brown.”

An Action Plan as a Commitment to Progress

In launching the DIAP on Feb. 1, 2016, leaders at Brown resolved that the action plan would not represent the culmination of an effort, but rather a commitment to progress in achieving the fully diverse and inclusive campus essential to the University’s core mission of education and discovery.

Key goals include doubling the number of faculty members and graduate students from HUGs by 2022; creating learning environments where students and researchers can thrive in their fields of study; and bolstering Brown’s impact on research and teaching focused on race, ethnicity, inequality and justice around the globe.

In a cover letter introducing the second annual report, Delalue outlined funding raised and committed to date toward supporting DIAP goals. Through the University’s BrownTogether comprehensive fundraising campaign, Brown has received $200 million in commitments for new faculty positions, approximately $50 million of which supports the goal of hiring faculty from HUGs.

An additional $41.7 million has been raised in support of DIAP initiatives, including diversifying the graduate student population; expanding research centers focused on issues of race, ethnicity, inequality and justice; and supporting initiatives that promote diversity and inclusion within the University community.

Additionally, a total of $7.1 million has been committed from the president and provost’s flexible funds in support of DIAP-related programs including the Presidential Diversity Postdoctoral Fellowship Program and the Provost’s Visiting Professors Program. Delalue also noted that $1.53 million in funds from the University’s operating budget have supported DIAP initiatives, including new positions in Campus Life, the Division of Biology and Medicine and the Office of Institutional Equity and Diversity; the Native American and Indigenous Studies Initiative; and the establishment of the First-Generation College and Low-Income Student Center.

Among the early successes in implementing the plan, the report details the recruitment of new scholars from HUGs to the Brown faculty. In fall 2017, 42 percent of new faculty, among those from the U.S. who reported their race, identified as coming from HUGs. Currently, nearly 10 percent of all regular faculty are from HUGs, an increase of 1 percentage point since the release of the DIAP.

Two other programs are also contributing to faculty diversity, both at Brown and beyond. The first, the Presidential Diversity Postdoctoral Fellowship Program, aims to widen the pipeline of young scholars from HUGs who will compete for tenure-track positions at Brown and elsewhere.

Seven of eight initial fellows have transitioned into tenure-track positions, two of them at Brown. As part of a second cohort, six fellows are now contributing to teaching and research efforts across various academic departments at Brown. Separately, the Provost’s Visiting Professors Program brought three accomplished scholars from HUGs to Brown for temporary appointments. One of those professors, Sylvester James Gates Jr., has become a permanent member of Brown’s faculty.

The DIAP annual report details work to increase the representation of individuals from HUGs among Brown’s student body as well. Efforts have been particularly successful among graduate programs, according to the report. In fall 2017, the largest-ever cohort of students from HUGs began studies through the Graduate School, representing 20 percent of all U.S. residents in the incoming class who reported their race.

Dean of the Graduate School Andrew G. Campbell called last fall’s arrival of the incoming student cohort a significant moment. “This work is important to Brown and bigger than Brown,” Campbell said. “Graduate students are scientists in training who will conceive of life-saving drugs. They are engineers and designers who will turn ideas into on-the-ground solutions.

They are humanists who will help us understand ourselves. In diversifying our Graduate School student body, we are turning a sharper and more relevant eye to the challenges that society faces. That’s what true diversity does.”

Total enrollment among students from HUGs also increased slightly at the Warren Alpert Medical School. And while the number of first-year undergraduates from HUGs decreased slightly for fall 2017, early results from the current admission cycle indicate “robust admission of students from diverse backgrounds” for the undergraduate Class of 2022, the annual report notes.

Beyond increasing compositional diversity among students, faculty and staff, the development of department-level diversity and inclusion action plans by every academic and administrative unit at Brown has been instrumental in building a foundation for long-term success toward achieving the DIAP’s goals, Delalue said.

“This ensures that departments are aligned with the University-wide actions but free to develop strategies specific to their own needs and goals,” she said. “Our ambitious plan will succeed because it involves the entire campus-not just a single office-while also respecting the unique contexts of individual departments within our academic community.”

Across campus, academic departments have worked to embed a more intentional focus on diversity and inclusion in both their communities and course offerings. The Division of Applied Mathematics, for example, developed a course titled “Race and Gender in the Scientific Community.”

The Department of Economics added a course on “Race and Inequality in the U.S.” Schools and departments have also added positions focused on diversity and inclusion, held retreats on inclusive teaching practices, created task forces to address topics related to diversity, and organized open forums, office hours and other venues for conversation among students, faculty and staff.

To assist undergraduates in identifying courses that cover structural inequality, racial formations and/or disparities and systems of power, the Office of the Dean of the College led a process to revise Brown’s designation for these courses. With the College Curriculum Council’s approval, these are now designated as “DIAP Courses: Race, Gender and Inequality.”

Among examples of progress made by administrative departments, the Division of Campus Life and Student Services hired 29 new staff members in the 2016-17 academic year, 52 percent of whom identify as members of HUGs.  Additionally, the division provided professional development opportunities to all Campus Life staff to foster a more inclusive campus climate, and focused on building community and strengthening support for students from HUGs.

In addition to highlighting these and other early successes, the report notes the need for significant, sustained work ahead, including the continued investment in supporting and retaining early-career faculty, diversifying the student body and creating mechanisms to better measure progress toward DIAP goals.

One area of significant emphasis will be improving work climate for staff members at Brown, Delalue said, based on the results of focus groups and interviews conducted over the last year. In the coming weeks, Brown’s Diversity and Inclusion Oversight Board, which is charged with assessing progress toward the stated DIAP goals, will offer a formal response to the annual report that includes recommendations on action items that should be emphasized during the plan’s continued implementation. Those recommendations will be posted to the Pathways to Diversity and Inclusion website to accompany the annual report and other progress highlights.

SHARE
About the Author
Brian Clark is the director of news and editorial development at Brown University.
Read more from this author
Related Articles in On-Campus

The Marathon That Started in Lynchburg

Before she made history in Boston, Kathrine Switzer was inspired by a coach and classmates in Lynchburg.
END_OF_DOCUMENT_TOKEN_TO_BE_REPLACED 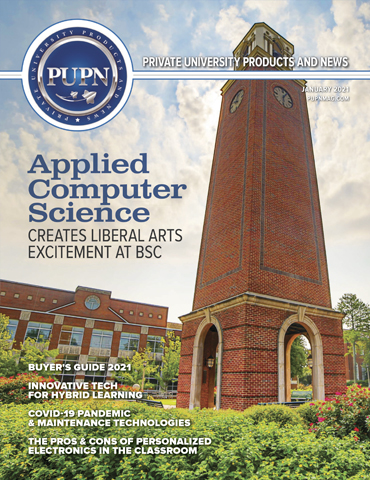