Franklin Pierce is one of few universities in the country to have its own student-staffed volunteer fire company. It gives undergraduates a strong sense of capability and service. It also provides a strong collaborative bond between the school and the surrounding communities, and graduates say the experience stays with them for their whole lives.

Tyler Desautels ’17, wants to be a police officer and is studying Criminal Justice. The senior is a lieutenant in the Franklin Pierce Fire Company (FPFC) and a firefighter with Rindge Fire Department (RFD). He is now leaning toward combining the two passions, possibly in a career in arson investigation. “The training has been extensive, not just fighting fires and rescue, but CPR, hazardous materials, and wildlands,” says Desautels. “The academic requirements are no less important. Members have to maintain a GPA of 2.0; for officers it’s 2.5. Officers are upper-class students who get extra training in how to drive and operate the engine, also administration.” As a paying job, he works on the campus grounds crew.

Oral tradition is a big part of firefighting, and the campus company is no different. “We heard all about the pickup truck that was the original unit in the early ’70s,” says Desautels, “and after that the 1937 America LaFrance engine they had until the ’80s, I think. Now we have a 1995 Freightliner with a 1,250-gallon-per-minute pump, a 1,000-gallon booster tank, all the tools, ladders up to 32 feet, and a deck gun. Everyone loves the deck gun.”

It does not get used very often. Going into his fourth year, Desautels says he has yet to fight a real structure fire. But he has trained for them. “The training starts the moment you sign-up. You get your gear and you are in. The first training is how to dress. Then scheduling, then a walk-through and orientation on all the equipment.”

Collaborating With The Community

The campus company works closely with campus EMTs and police, and as part of RFD, has responsibilities with the surrounding communities. People in the area know that when they call Rindge for mutual aid they could be getting a truck full of students,” says Desautels. “They are cool with that. They know we know what we’re doing.”

Because FPFC is part of RFD, the bunker gear, equipment, and training are identical. The only difference is the shield on the helmet that says Franklin Pierce Fire Company. “We serve 30 residential buildings and 1,500 people on campus,” says Desautels with pride. According to the National Fire Protection Association, there are only three other institutions that use student firefighters: the University of Massachusetts at Amherst, St. Michael’s College in Colchester, Vermont, and the University of Maryland.

“I came to the University from the outside, and thought it was pretty cool that the campus had its own fire company,” says Maureen Sturgis, Director of Campus Safety. She has line responsibility for the fire company, and collaborates closely with FPFC’s upper-class officers as well as with Rick Donovan, Rindge fire chief.

There are usually three or four students on duty per shift: a captain or lieutenant, a driver (officially called an engineer or operator, but affectionately known in most fire services as chauffeur), and one or two other firefighters. The students go out of service for summer vacation and school breaks, but because the company is part of RFD, the equipment can be used by town firefighters if needed.

An Integral Part Of The Campus Identity

“The fire company fits in well at Franklin Pierce,” says Sturgis. “Traditionally, we are a liberal arts school, but there is an increasing focus on education and health science. There is a strong resonance to taking care of yourself and others.” Sturgis recalls one vivid example several years ago. She explains, “The EMS vehicle was housed in a bay in a residence hall and the vehicle caught fire. Any vehicle fire is dangerous, but the EMS unit had tanks of oxygen and gasoline. It could have been a major issue. But because the fire company was on campus, their quick response confined the fire essentially to the vehicle bay. The vehicle was destroyed, and there was some heat and smoke damage to the floor above, but that was it. No one was hurt. They did a great job.”

She emphasizes that the students are volunteers. “They don’t get paid for their time in service or in training. They are only issued gear. Their level of dedication is unbelievable. They are so dependable.” According to Rick Donovan, Rindge fire chief, the University’s private department operated until 1999 when the fire marshal ruled that the Town of Rindge actually had responsibility because the University is a ‘resident’ of the town. So the brigade on campus became a company of the RFD. It had the same state certifications as all other departments in New Hampshire, but still operated on its own. Some student firefighters also joined as part-timers with RFD.

That worked mostly well until 2007. “Questions arose over direction, structure, and operations,” says Donovan. “The campus wanted the company to continue and there was never intent to do away with it. So under the direction of the state fire marshal, we developed an agreement under which it would stay as the third company of Rindge Fire.” That also solved the chronic problem of second-hand apparatus, especially after the incumbent unit was incapacitated in the big ice storm of 2008. RFD put one if its engines on campus.

Donovan stresses the mutual benefits of having a firefighting company on campus. “Because of the high [degree of ] hazards, 200-plus students in each building, we always struggled to get two units up there. Having the company on campus means quicker response. It also saves fuel and wear and tear on the town equipment. It helps with the town budget and with the University’s insurance. The students are so enthusiastic; there is a great relationship with the rest of the department. And I get calls from surrounding areas complimenting the students for their work on mutual assistance calls; also from towns where students have gone. They are very impressed with them. The program is working extremely well.”

The initial attraction of joining for Brian Freedman ’87, administrator, Brush Hill Care Center in Milton, Massachusetts, was having friends in the company. “Also, the engine was in the building below my dorm room, so I was awake every time there was a call anyway.”

Training was rigorous and exciting. “In training to fight flammable liquids, there was a pit, about the area of a swimming pool, but only about eight inches deep. It would be filled with kerosene, set on fire, and we would put it out. Then it was re-lighted and we would put it out. Over and over. You can’t do that these days because of the pollution.” Photo by Allie Klipp Freedman also recalls the “burn house,” which was a training structure. “We would fill it with old furniture, pallets, and bales of hay, set it on fire, and put it out. The training was very realistic and very effective.”

That effectiveness showed in the only significant fire during his service. “There was a fire in the Granite [Hall] residence in 1985,” Freedman relates. “The fire was started by an extension cord under a rug. The cord was frayed, there was a chair on it, and it was plugged into a television, which had been left on. It was a two-alarm fire, with mutual aid from Meadowood, Fitzwilliam, Jaffrey, and Winchendon, Massachusetts. “We were rolling with the modified pickup truck still in those days, and it only had a 250-gallon booster tank, but we attacked the fire with the 100-gallon-per-minute charged standpipe system on campus that is connected to the million-gallon water tower. I think we used most of it. We kept the fire to just the dorm room and the hallway outside it, but we flooded the floors below and some of the campus outside.”

Allie Klipp ’16 was recruited for Pierce’s new women’s ice hockey team, but “discovered the fire department and turned down the hockey opportunity to pursue my firefighting career.” “The best part about being a firefighter,” she says, “is being able to make a difference in people’s lives. Every call was different, but at every call, we were helping people in need, and there is nothing more rewarding than being able to dedicate your hard work for the benefit of others.”

The most notable call she remembers was in May 2015. “I responded with other members of the company to a four-alarm structure fire in Massachusetts. We could see the smoke from campus and were among the first engines on-scene. This was my first structure fire, and I was thankful for the extensive training and skills that we practiced every week.” The mindset remains after graduation, Klipp adds. “The feeling does not go away. You always have the training and the passion. That stays with you.”

Rindge Chief Donovan recalls one response a few years ago, a fully involved structure fire, a house and a barn, to which RFD, including FPFC responded with the Keene Fire Department. “Keene is the only big city in southwestern New Hampshire,” he says. “I had Keene members tell me how good a job the students did. How solid their training was. They told me ‘Franklin Pierce can come fight fires with us anytime.'”

Reprinted with permission from Franklin Pierce University; originally published in the Fall/Winter issue of Pierce magazine.

SHARE
About the Author
Gregory DL Morris is a business journalist and historian based in New York. He covers energy, finance, infrastructure, heavy industry, and transportation. He has reported from all 50 states, eight Canadian provinces, and 17 countries of five continents. He can be reached via gdlm@enterpriseandindustry.com
Read more from this author
Related Articles in Life Safety

With National Safety Month behind us, it's essential that we keep talking about campus security. Today, it remains critically important that educational leaders team up and work together to implement comprehensive and practical approaches to keep students, faculty, and staff safe and secure.
END_OF_DOCUMENT_TOKEN_TO_BE_REPLACED 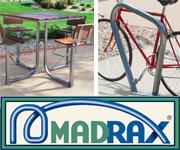