In addition to serving her students and colleagues on campus, Reddy pursues global health initiatives, one of which has taken her to a maximum-security prison in Capetown, South Africa; another upcoming mission is leading her to orphanages in Pune, India.

Though Global Health is not one of her specialties on campus, Reddy spends her free-time addressing global health initiatives. Reddy also brings the knowledge gained from these experiences back to campus in Hickory, where she hopes to inspire students to see program planning in action, where they can apply that knowledge to their own communities-which has turned into jobs at the health department for some students.

In Capetown, South Africa, Reddy worked in Pollsmoor prison, a maximum-security prison that houses men and women. It’s where Nelson Mandela was imprisoned and, as such, Reddy explains that it is “the nicest prison in Cape Town.” As part of a mission trip, they worked with young men through a program called “Adopt a Cell.”

She provided classes on HIV/AIDS education and a class on the ways communicable diseases can spread, focusing on tuberculosis in particular. Tuberculosis in a prison population, Reddy explains, will “spread like wildfire” if left untreated. Ironically, the prisoners have better care within the prison system than they would receive outside of the system, so this is her chance to help the individuals and the communities they will return to.

Not only does South Africa have the highest rate of drug-resistant TB in the world, but Reddy adds that other diseases are also easily and quickly spread in a prison population. For instance, gang violence is prevalent within the prison system; she explains, “Although heartbreaking, many of the gangs initiate new members through rape and other risky sexual behavior, so both were important public health issues that needed to be addressed.” However, they were there to provide more than just information. Reddy notes, “We designed arts and crafts for the young men, shared our testimonies, and just took time to show them that they were loved, despite anything that they had done in the past.”

Next on her agenda is working with Bright Star Educational Institution, an organization based in south India that focuses on educational services and hands-on experience, catering to educational services in Tamilnadu. Reddy will be working in Pune, India, teaching primary school children-developing public health classes that focus on HIV/AIDS education and general hygiene.

Because the school has two orphanages attached to it, Reddy and her team will be caring for the children as well. One is exclusively an HIV/ AIDS orphanage, so she will be addressing the women caring for the children, with a goal of reducing the cultural stigma associated with HIV/AIDS. Along with a dental hygienist colleague, Reddy will be making house calls. While the dental hygienist focuses on oral hygiene, Reddy will assist the families with general health education.

A Faith-Based Focus on Others

Dr. James Leeper, Professor in the Department of Community & Rural Medicine and the Director of Education & Evaluation for the Rural Scholars Programs at the University of Alabama, worked with Reddy in his biostatistics classes and served on her dissertation committee. Reddy remembers being swayed by Leeper’s enthusiasm for a stats course, which seemed easy to understand for her-though many of his other students were struggling. She believes his passion for the course directly translated into her excitement for an often-difficult subject, something she hopes she can do for her students now.

Leeper recalls that Reddy was always keenly interested in biostatistics and quantitative methods, so much so that she would return to his classes in later semesters and volunteer to tutor his current students-which is why he is not surprised that she is excelling with her own students now. He notes, “She is totally focused on continually improving herself and in helping others.”

Current Lenoir-Rhyne colleague Kimberly Pennington met Reddy less than three years ago when they were both in their first day of faculty orientation. Recalling that they both knew very few people in the Hickory area or in the LRU community, she was struck by Reddy’s warmth and willingness to chat. In a short time, they were friends as well as colleagues.

Pennington explains, “Supriya extends such a congenial spirit in so many ways. She often drops by my office-with her stack of student papers, books, and files which are usually half her body size-with a smile and ‘Have you had lunch? You need to stop and eat something’ or ‘Let me get you something while I’m running an errand.’ If ever a need was expressed at our College of Health Sciences meetings or over faculty group email, such as covering a class during a faculty absence or supporting some other effort, Supriya was often the first to respond.” Pennington adds that Reddy is always among the first to help if faculty members are ill, having a baby, or facing any other difficulty.

Additionally, Pennington shares, not only is she always seeking to improve herself, but she also engages the global community via service opportunities and brings those experiences back to share with her students. Reddy’s former students can attest to these facts. Former L-R student Pashia Her states that Reddy is not only a great professor but also a thoughtful advisor for the Community Health Program. “It’s rare to find a professor who would actually give time in their busy schedule to listen to their students’ needs,” Her explains. “She understands that the road to success is not an easy task.” While Reddy demands a great deal of students, she will also go to any lengths to help a student succeed, Her adds, bringing empathy and compassion to her work with struggling students.

Kaitlyn Frank, a recent L-R graduate who is currently employed with a non-profit that addresses adolescent health issues in the community, was consistently inspired by the level of care Reddy showed to her students. Even though the coursework was challenging and Reddy held them to the highest academic standards, Frank states that Reddy was always willing to help and was approachable. She works to “make an impact in students’ lives,” Frank explains. In fact, Reddy has remained helpful even after Frank’s graduation, mentoring her as she continues in graduate school.

Frank notes that Reddy “really wants to be there” in the classroom, working to help her students learn the material but also to grow as individuals, with no students falling under Reddy’s radar. Additionally, Reddy was there for students in ways that reached far beyond normal expectations. For instance, one of Frank’s classmates was involved in a car accident that kept her out of class for weeks and in a wheelchair afterwards for several months. While that student was in the hospital, Reddy would bring her lunch and once-at the student’s request-a Bible.

Frank said it would be impossible not to see how strongly Reddy feels about her faith, even though she never “pushes an agenda.” While Frank says Reddy is incredibly open and respectful of other belief systems and never wavers from the type of person who “loves and accepts everyone,” she is a quiet but powerful example of her own religious ideals.

Frank notes that Reddy does not discuss the “how and the why” of her conversion but rather how meaningfully her faith has affected her own life. Reddy attests, “It’s definitely an important part of who I am, both in and out of the classroom.” She appreciates that, as the faculty leader for a Christian organization on campus, students know who she is and drop by for visits often, sharing their worries with her or just sharing stories of their own faith.

“I’m glad they trust me that much,” she notes. That faith, undoubtedly, is part of her passion for teaching and serving on the L-R campus. Frank believes that Reddy’s strong faith certainly plays a role in her presence on and off campus, stating that Reddy’s “genuine heart” is her most compelling quality. Students and colleagues alike all seem drawn to a kindness, humility, and quiet strength that Reddy exudes, whether she is teaching and mentoring students or providing friendship and support to a colleague. Kimberly Pennington describes Reddy as a “big heart in a tiny package” who “lives her Christian faith in her teaching, her community, and her one-on-one interactions.”

Dr. Richard Warner, Associate Professor of History and department chair, is a former chef who now teaches courses in Latin American, African, and World History at Wabash College. Sparked by his friendships with Mexican nationals during a decade working as a professional chef in California—as well as his early religious studies as an undergraduate—he focused his doctoral work on Latin American history, particularly the evangelization of indigenous peoples of Mexico.
END_OF_DOCUMENT_TOKEN_TO_BE_REPLACED 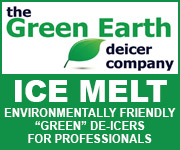