Cornell College has a long and storied athletics history dating back to its first, victorious, intercollegiate game in 1891.

Since that day, student-athletes have chosen Cornell for its academics and the opportunity to play a sport they love at the collegiate level. More than one-third of students now compete on one or more of Cornell’s 19 NCAA Division III teams.
Rams athletics is generating more competitors, more college spirit, and more purple-clad fans in the stands than have been seen on the Hilltop in years. Along with those developments has come a culture that appreciates the central importance of athletics to students and the college community. Students even call themselves a Ramily.
While they have upgraded every single outdoor athletics facility in the past ten years, the headquarters are dated, and the campus lacks a fitness and wellness center to adequately serve the campus as a whole.
To address student needs, Cornell is launching the $19.5 million Athletic and Wellness Facilities Project, part of the Greater > Than Campaign for Cornell College. The result will be a contemporary and welcoming health, wellness, and sport center for all students, faculty, staff, and alumni. It will support Cornell’s ability to recruit new students, enhance Rams Athletics programs, secure competitive events, and provide a positive impact on every student and student-athlete, now and for future generations. When completed, the renewed Richard and Norma Small Athletic and Wellness Center (with a new acronym of the SAW) will become a vital hub of campus life for the Cornell community.

The project has implications far beyond athletics. Its wellness component will positively impact students’ growing mental health needs. And while it will have a direct effect on student-athlete recruitment, it also will improve retention among the entire student body. Increased enrollment and retention will further enhance the college’s financial strength, continuing to ensure that students have rich opportunities to gain a broad and deep education.
“Athletics has strategic importance to Cornell,” said President Jonathan Brand. “As the college prepares for a decline in high school graduates in an already competitive recruitment environment, athletics is critical to our future. An investment in this campaign is an investment not just in athletics and wellness facilities but in Cornell’s future and in our students.” The new and renovated facility will serve the entire campus with a new two-level Health and Wellness Center. The upper level fitness area will primarily feature cardio equipment and fitness club machines, while the lower level provides space for more dynamic workouts and advanced strength training. The two levels are open and integrated, fostering community and school spirit. Architecture firm Kahler Slater has created plans for balancing construction of a 28,733-square-foot addition with a renovation of the Sport Center and Field House. The project is scheduled to finish by January 2023.

The evolution of Cornell’s athletics programs has created a host of unmet needs for student-athletes and coaching staff. To compete at a high level, athletes must make a year-round commitment. The NCAA allows eighteen or nineteen weeks of in-season practices. In addition to practice, travel, and competition, athletes dedicate time to physical training, development of nutritional plans, and mindset training. Supporting these athletes requires dedication and supporting infrastructure from coaching, athletic training, and athletic administrative staff.
This level of engagement is needed for student-athletes to compete successfully. “Our student-athletes excel in so many ways, juggling not just rigorous academic expectations but challenging training schedules as well. As our athletics program has grown in recent years, coupled with today’s emphasis on health and fitness, the insufficiency of our facilities has become obvious,” said Cornell Athletic Director and Head Baseball Coach Seth Wing. “Our students and student-athletes really do expect and deserve high-caliber facilities that will allow them to excel in the classroom or on the court.” The current facility also is limiting growth and expansion in Rams Athletics. In many cases, coaches are unable to add a junior varsity squad due to space limitations. Even for students who are not athletes, the condition of these facilities makes a strong impression. Mike Tressel ’96, defense coordinator for the University of Cincinnati football team, said that an investment in facilities will have a strong impact. “It will make a big difference,” Tressel said. “If you go to a high school where athletics is important, and you walk into Cornell’s facilities where it’s not as good, you think the play isn’t as good either. The reality is that, for 16- and 17-year-olds, those are the things that are going to make a difference.” This project rectifies current deficiencies, creating a contemporary, welcoming, inclusive health and wellness center for everyone on campus.

Evolution of the Field House

The 1953 Field House was a project of the college’s centennial celebration. It continues to serve the campus as part of the Richard and Norma Small Sport Center, which includes a large arena addition that opened in 1986. “The Field House is pretty much the same as it was in the ’70s. It’s outdated and not up to being competitive with other facilities,” said Cornell Trustee Scott Ririe ’79, once a member of the Rams football team.
The modernization and expansion of the athletics facility has Ririe excited, so much so that he and his wife, Shelley Ririe, became major donors to the campaign. “First, I love a facility that attracts more student-athletes to Cornell. Second, I hope it creates an environment that students feel comfortable in and willing to participate in meaningful experiences,” he said. “Having a state-of-the-art facility like this provides a platform for which all students can contribute to their health and wellness.”
Cornell frequently competes for prospective students with other Midwest Conference schools, many of which have recently completed athletics facility improvements. Life Trustee and former Rams wrestling conference champion Richard Small ’50 puts it simply: “Our athletic facilities do not match up to the other schools in the Midwest Conference.”
Small and his wife, honorary alumna Norma Thomas Small, have contributed another lead gift to this facility named for their investment in the 1986 addition. Joining the Smalls and Ririe as lead donors are Jean Russell ’65 and The Hall-Perrine Foundation in Cedar Rapids, Iowa, which is providing a $1 million matching gift ($1 for every $2 given) to the campaign. Thanks to their gifts and many others (with more to come), soon the Field House will evolve once again. And once again the Cornell community and Rams student-athletes will train and compete on the same hallowed ground where Cornell beat Coe 82-0 in that 1891 game that began the oldest college football rivalry west of the Mississippi.

SHARE
About the Author
Dee Ann Rexroat is director of communications at Cornell College in Mount Vernon, Iowa. She has worked there since 1994 following a career in journalism.
Read more from this author 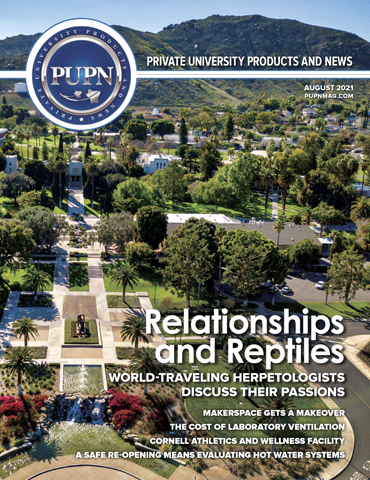