For the last 15 years, students, faculty and staff at Johnson & Wales University's Denver Campus have been waiting patiently for the day that renovations would take place inside the centerpiece of campus--Centennial Hall--a structure listed on the National Register for Historic Places that has been shuttered for 30 years.

Originally built as the main hall of Colorado Women’s College (CWC), Centennial Hall was previously named Treat Hall in honor of the CWC’s first president, Jay Porter Treat. The building’s southern half, with its stone masonry exterior, started construction in 1886, but because of funding constraints, wasn’t finished until 1909.

In 1982, the University of Denver acquired Colorado Women’s College, due to declining enrollment, and used the campus for its law school and music program. Yet, it was determined that Treat Hall be shuttered, and for three decades it sat empty. Johnson & Wales University (JWU) purchased the campus in 1999, with a vision that Treat Hall would once again be part of the historic campus. Known as a higher-ed leader in hospitality, culinary and business, JWU uniquely bills itself as “one university, four campuses.”

Founded in Providence, RI in 1914, the university has regional campuses in North Miami, FL and Charlotte, NC. In 2000, JWU opened the doors to its western anchor-campus in Denver serving approximately 1,500 students. Set against a stunning Rocky Mountain backdrop and just 10 minutes from downtown Denver, the historic campus includes 26 park-like acres with a traditional campus quad.

In recent years, private donations helped JWU perform more than $2 million in extensive work inside Treat Hall to remove toxic materials including asbestos. JWU also restored the exterior stone masonry, mortar joints and window sills. Finally, in 2013, with the expansion of JWU’s program offerings and at the cusp of the university’s centennial year, JWU knew the time was right to pull the trigger on Centennial Hall’s major renovation. By 2014, JWU officially “broke ground” on the $15 million project, renaming the building Centennial Hall in honor of JWU’s 100 years and to pay homage to Colorado as the “Centennial State.”

The newly renovated Centennial Hall features classrooms, a café, a health and wellness clinic, faculty and administrative offices, student activity spaces, and a multipurpose great hall that is used for events. Many of the original finishes of Centennial Hall have been preserved and/or repurposed to allow the building’s grandeur to shine and flourish.

The original grand staircase, open to three stories at the south end of the building, was fully renovated and is a focal point featuring an original chandelier. The original doors, which would not meet modern ADA requirements, are repurposed as wainscot wall paneling, reception desks and loose furniture. Even the original organ pipes from the auditorium’s organ were saved and will be an art display in the main lobby.

“You can’t help but be inspired by this building, not only for its beautiful features, but also for what Centennial Hall stands for,” said campus vice president and academic dean Richard Wiscott. “It was critical to ensure the design capitalized on bringing our campus community together by creating a variety of multi-purpose spaces adjacent and connected throughout the entire building—which, ultimately, we hope will promote both formal and informal interactions between students, faculty and staff.”

Baking & Pastry and Media Communications student Kendra Gibbs (‘18) said that since the building has opened, she’s enjoyed exploring the classes and hangout spaces, noting she’s experienced a stronger connection between herself and the university. “The university doesn’t want Centennial to just be a landmark; they want us to become part of it and create our own traditions and values in this place,” said Gibbs.

Along with the overhaul of the historic building, JWU has also invested more than $15 million to simultaneously renovate Founders Hall. Built in 1929, Founders Hall was a residence hall during the Colorado Women’s College era. When JWU took over the campus, the structure was converted into faculty and administrative offices. Now fully renovated, JWU turned it back into a modern residence hall, housing upper-class students.

The design concept celebrates the building’s architecture and lets the details draw upon Centennial Hall’s history. While many contemporary student centers use bright colors to appeal to students, Centennial Hall’s color palette is reserved to blues, grays and browns that subtly evoke JWU’s school colors of blue and gold.

“We wanted to stay true to the building’s history,” said JWU Denver Campus President Robin Krakowsky, Ed.D. “We selected discreet furniture and décor, which lets the architectural features of this magnificent building really stand out.”

In addition to the new spaces for JWU students, Historic Denver announced that Centennial Hall will receive the 2015 Community Preservation Award in October. As one of the nation’s premier non-profit urban historic preservation organizations, Historic Denver recognizes projects like Centennial Hall that exemplify high-quality restoration, the careful consideration of the city’s historic fabric and a commitment to the community.

Historic Denver executive director Annie Levinsky said she was excited to see the functionality of the new space so well-integrated with many of the historic aspects of the building. “The amount of thought and care that went into this project is incredible, and honors the dynamic between old and new so that Centennial Hall will vibrantly thrive for another century,” said Levinsky.

SHARE
About the Author
Holli Keyser is the director of communications and media relations at Johnson & Wales University’s Denver Campus. In this role, she oversees all internal and external communication strategies for the university and champions campus success stories.

Read more from this author
Related Articles in Construction

The living learning community concept of residential colleges on Vanderbilt’s campus is part of a larger initiative that is working toward developing and refining the college experience for all their students. In 2014, the university initiated their first residential colleges, which serve as spaces where upperclassmen students can transition out of the freshmen commons, and into a collaborative community.

Universities across the nation are seeking ever-larger windows and doors to create attractive buildings for students, faculty, and alumni with welcoming daylight, a transparent connection to the surrounding campus and a comfortable interior, while meeting today’s performance standards for energy efficiency, security, and durability.

Butler University in Indianapolis, Indiana, is utterly devoted to offering their students the best possible educational experience. Butler’s dedication to this goal is further realized by the recent debut of their $100 million renovation and construction project for their new science complex, which combines both tradition and innovation.
END_OF_DOCUMENT_TOKEN_TO_BE_REPLACED 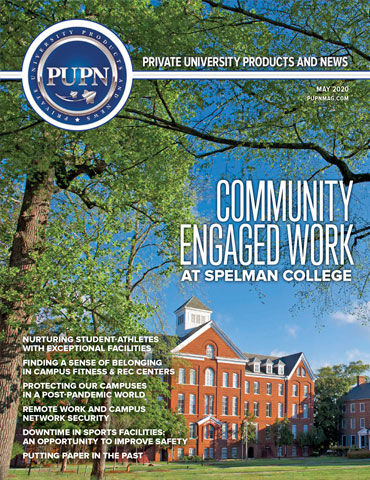