As private schools and universities look for ways to reduce costs and become more fiscally responsible, one area that seems to get overlooked is water usage. However, if administrators really want to save money, water usage should not be ignored. Additionally, today's students appreciate their university's efforts to go green.

The Environmental Protection Agency (EPA) has reported that for the past decade, the costs associated with water and wastewater services (taking water away from a facility or campus) have increased “at a rate well above the consumer price index (CPI).” This was confirmed by a 2014 posting on the Environmental Finance Blog, written by the staff of the Environmental Finance Center (EFC) at the University of North Carolina at Chapel Hill. It indicated that according to the university’s research, “Water rates have been rising faster than CPI inflation in the past few years for hundreds of utilities.”

If that’s not enough to convince you that water rates are on the rise, USA Today reported back in 2012 that according to their research, “residential water bills in at least one in four places [in the US] have doubled in the past 12 years.” As to how this applies to commercial facilities such as private schools, utilities typically have three choices:

We mentioned earlier the costs of removing water. This is the sewer rate, and those charges are escalating around the country as well. In many cases, utility companies are increasing these charges to address sewer repair, replacement, and expansion. As has been long reported, water infrastructure in many parts of the United States is in dire condition. We can expect these charges to escalate even faster than water charges in coming years as the need to address this issue becomes paramount.

The amount schools will be paying for water and sewer services five or ten years from now will likely be significantly higher than they are now. The more emphasis colleges put on reducing water consumption today, the more likely these costs will be minimized and easier to manage tomorrow.

The business case for reducing water consumption ranges far beyond saving some dollars, and it relies on a long-term commitment to water reduction. Whereas water conservation refers to reducing consumption for a short time, such as during a drought, water efficiency takes a longer view.

Water efficiency means making permanent changes in water use habits. It is only through increased water efficiency that the full savings and benefits of reduced water consumption can be achieved. Using water efficiently is a sign of fiscal responsibility in all sectors of a university’s operations. According to an EPA booklet, The Lean and Environmental Toolkit: Identifying and Eliminating Waste, excessive environmental waste, including water waste, is “a sign of inefficient production” and management.

Private universities that have reduced their water consumption are also on the path to becoming much more sustainable. Fiscal responsibility and sustainability are at the top of the agenda in many private universities. This is not information to keep under lock and key. Studies released in 2014 by the Pew Research Center indicate that millennials are the most sustainability-focused generation in American history. As a result, a university’s efforts to become more sustainable could be used to promote the school.

Most likely, a larger private school or university is going to need to consult with water engineers that specialize in helping facilities use water as much as 75% efficiently. However, the more administrators know about the process and the steps they can take on their own, the easier the water efficiency journey will be.

The first step is simply to measure and monitor water consumption. Go through two or three years of past water utility bills to see how much water the school uses and what it pays on a month-by-month basis. Average the consumption along with the charges to find your benchmark-what you want to see reduced.

Now it’s time to set a goal. Would you like to see water consumption reduced by 5 percent over the next 12 months? 10 percent? Having a goal helps keep the journey focused. Now you have two options: you can either conduct a water audit to determine exactly where water is being used on the campus or begin taking steps to reduce consumption in general. The water audit should be conducted either way so that you can determine where water is being wasted.

However, it does not have to be your first step. Instead, administrators can focus on two primary categories of water use: landscaping and restrooms. More water is used in these two areas than any other part of the campus.

Water usage in landscaped areas can be reduced quickly when you take these steps: Minimize vegetation irrigation needs. At one time, the campus of the University of New Mexico looked like it was somewhere in water-rich New England instead of in the middle of the desert. Establish smaller lawns, turn to native vegetation, and make sure plants are clustered. This usually helps minimize water needs. Additionally, you should reduce mowing frequencies and set mower blades higher. This helps keep the soil below the surface more moist. If sprinklers are installed, make sure they are not also irrigating sidewalks and streets; and reduce water time and frequency overall. Overwatering is not only wasteful; it can also lead to fungi growth and disease in some plants.

A few initiatives with toilets and urinals can bring big results. Newer toilets are mandated to use 1.6 gallons per flush or less. However, as toilets age and undergo repairs, they may be using more than these amounts. Administrators should have an ongoing policy to replace toilets every six to seven years. Not only will this help lower consumption, but the reality is many manufacturers are now making toilets that surpass the 1.6 gallons of water per flush mandate. With more frequent replacement, schools can take advantage of the latest technologies. As to urinals, in California starting this year, all new urinals installed in a facility must use no more than 0.5 gallon of water per flush.  This is half of what is federally mandated. However, due to cost factors, many facilities are now taking the next step toward water efficiency and installing no-water urinals.

No-water systems come with financial benefits beyond water savings. For example, even if a new urinal uses less water than a traditional urinal, it still needs to be plumbed and piped; it still needs a flush valve and likely a sensor system; and the urinal itself is likely more costly than a no-water system. None of these costs applies to a waterless urinal system.

One of the good things about the need to use water more efficiently is that, at least here in the U.S., it has not been forced upon us suddenly the way the oil crisis of the 1970s was, for example. We have been given time to prepare, to adjust, and to develop the technologies that will help us lower consumption, use water more responsibly, and, along with it, become much more fiscally responsible in our operations.

SHARE
About the Author
Klaus Reichardt is CEO of Waterless Co. Inc. in Vista, California. Reichardt founded the company in 1991 with the goal to establish a new market segment in the plumbing fixture industry with water conservation in mind. Reichardt is a frequent writer and presenter, discussing water conservation issues. He can be reached at klaus@waterless.com.
Read more from this author
Related Articles in Maintenance

Putting Paper in the Past

Imagine it like a prize fight: paper towels vs. hand dryers for the high-speed, energy-efficient, cost-effective, hygienic hand-drying champion- ship of the world. The fact is, when it comes to an eventual decision about the way to dry hands after washing, it's not much of a contest. Across the globe, higher education facilities of every size and function are choosing to throw in the towel -so to speak-replacing paper with electric, high-speed, energy-efficient hand dryers.

Deferred maintenance can lead to an endless cycle of need and expense.

Of all the issues you have to deal with, the most unpleasant, and rarely discussed, is probably the subject of pest infestation. Regardless of how minor the problem appears to be, it’s not something you can ever ignore or put aside. The repercussions can be grim, and I just don’t mean those invasive bugs.

How to Select the Right Floor Cleaning Equipment for Your School

Students learn best in clean environments. That’s not just common sense; it’s supported by research. A study conducted by APPA found that a lack of cleanliness is a distraction to learning and that most students (84%) want their learning environment to adhere to a high standard of cleanliness.

Great Impressions Start with Your Restrooms

Picture this: It's open house weekend and hundreds of potential students and their families are exploring your campus. What do you think will leave the biggest impression? Your new student housing? Well-equipped classrooms? State-of-the-art sports facilities? Actually, it's quite likely to be your restrooms.

Yale Landscape and Grounds Management is taking the initiative to replace its gas-fueled and diesel-fueled equipment with electrically powered alternatives.
END_OF_DOCUMENT_TOKEN_TO_BE_REPLACED 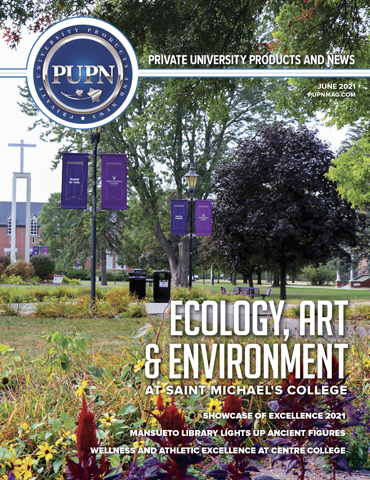