As the U.S. Department of Energy's Better Buildings Alliance puts it, "Colleges, universities, and other postsecondary institutions across the U.S. hold unique places in their communities."

These are everyone’s issues and few organizations are pulled harder towards a greater level of financial and environmental sustainability than higher education institutions.

With more than 20 million post-secondary students and over 5 billion square feet of floor space, the higher education sector in the United States spends an estimated $14 billion annually on energy costs. Given recent estimates, 31% of energy used by these facilities is directed toward lighting systems, which is the single largest electrical expenditure- space heating and water heating following at 28% and 25%, respectively.

While greater energy efficiencies can be achieved in many aspects of electrical use, including space and water heating, upgrading existing lighting systems represents a unique, and accessible path to reducing both energy use and maintenance costs.

The Future of Lighting

The U.S. Department of Energy’s Office of Energy Efficiency and Renewable Energy has forecasted that LED lighting will represent over 75% of all lighting sales by 2030, resulting in an annual primary energy savings of 3.4 quads, or 996,482,200,000 Kilowatt-hours.

Given the precipitous increase in energy costs, long-term savings potential is even higher.  For higher education institutions, LED technology offers a multi-faceted, cumulative and compelling value proposition, for which many financial and environmental benefits can be realized.

Typical lighting conversions to LED from legacy sources can yield 30-60% energy savings, with up to 80% savings being made possible through the additional use of controls. In addition to LEDs being more efficient converters of electrical energy into visible energy (light), they are also infinitely flexible in terms of their ability to achieve a variety of lumen packages, color temperatures and contemporary qualitative values such as Color Rendering Index (CRI), Color Quality Scale (CQS) and Gamut Area Index (GAI).

Additionally, the small size of LED components allows for a higher degree of optical coupling efficiency, which enables LED optical systems, such as reflectors and TIR optics, to provide greater levels of “task efficiency” than traditional sources.

This capability is especially important for outdoor applications, where the objective is to focus and project light onto horizontal surfaces such as parking lots, pathways and roadways, from great distances.

Even when the light emitted from LEDs is diffused with minor adjustments to the native photometric distribution (typically lambertian), as is consistent with most interior volumetric lighting applications, the directionality of LED sources continues to provide higher levels of “light on target,” compared to legacy fluorescent sources.

We are also starting to see glimpses of new form factors and shapes, which are directly attributable to the inherent physical reduction in source size. These new shapes work in concert with LED sources to not only provide energy efficiency, but also architectural relevancy.

Since most commercial LED luminaires come standard with, or are optionally available with, a 0-10V dimming driver, they are natural candidates for autonomous control (in-fixture sensor) or wired and/or wireless lighting control systems. In many cases, the use of controls can extend the life of LED and power supply components by reducing the effective working load and electrical assembly temperatures.

A potential byproduct of reducing lighting system energy use in conditioned spaces is the reduction of HVAC cooling loads by a factor of 3.412 BTU/hr per watt saved. This additional savings can be extremely valuable in warm climates or where peak demand charges are often incurred.

A common theme with general service fluorescent lamps is the use of ballast factors to safely reduce or increase the light emitted from the source. In an effort to meet lighting power density requirements, some customers may elect to utilize a lower ballast factor to reduce the input wattage and resulting light output of linear fluorescent lamps.

This option is especially appealing in circumstances where fixture spacing is fixed, anticipated light levels are greater than those required, and/or the calculated lighting power density exceeds the area allowance.

Alternatively, the ballast factor can be increased to resolve areas that may fall below the required light levels, without adjustments to fixture spacing or density. Or, perhaps a lamp-reduction strategy is being considered in an effort to reduce the acquisition cost of replacement lamps.

While it is possible to achieve some level of flexibility, the granularity provided by most fluorescent ballast manufacturers may not yield ideal results.

Those that offer a greater level of ballast factor flexibility are typically found to have much higher costs and may not be readily available if replacement parts are needed. An emerging trend with LED luminaires is the use of “programmable” or “configurable” LED drivers.

Through the use of these enhanced LED drivers, higher education facilities are enabled to reasonably achieve a greater level of energy savings in a manner that provides the greatest amount of flexibility with minimal implications to system costs.

The light emitted from LED sources slowly depreciates over time. How much depreciation, or how long this takes, is determined by a number of variables, but more commonly by the operating temperature and current density of the LEDs.

In some cases it may be realistic to expect ten or more years of operation before the point is reached at which light levels fall below recommended levels and begin to noticeably impact visibility, productivity and comfort.

Recent studies have documented a connection between human visual system performance and spectrum. In 2013, the Illumination Engineering Society of North America (IES) introduced TM-24-13, which addresses how the Spectral Power Distribution (SPD) and Scotopic/Photopic (S/P) ratio of light sources can be incorporated in the IES Illuminance Determination System-specifically for common visual tasks that are categorized as “P through Y.”

Through TM-24-13, the concept of Equivalent Visual Efficiency (EVE) is introduced as a means to achieve a balance between light level and spectrum that results in maintaining equal visual acuity. It is worth mentioning that light sources with an S/P ratio greater than 1.4 are generally observed to appear “cooler,” while those with an S/P ratio below 1.4 are generally observed to appear “warmer.”

Since many of these interior visual tasks are accomplished in higher education environments (reading, writing, etc.), it is reasonable to identify potential reductions in light levels and the resulting electrical power, when a “blue rich” light source, such as LED, is used.

According to TM-24-13, sources of light, which have a higher S/P, or a proportionately greater ratio of short-to-long wavelength light, may yield the same level of visual performance as lower S/P ratio source, but at lower luminance level-and lower input wattage.

This phenomenon is possible through the interaction between short wavelength light and the recently rediscovered Intrinsically Photoreceptive Retinal Ganglion Cells (ipRGCs), which among other things are involved in determining pupil size, retinal image quality and our resulting visual acuity.

Given the generally present and uniquely dominant emission of short wavelength light within the spectral power distribution of LED sources, the consideration of LED source spectra in higher education lighting systems may yield additional savings beyond those demonstrated through typical analysis.

This paradigm of spectrum has also been found to influence our visual system, when adapted to outdoor environments. Consequently, several years ago, the IES released an additional technical memorandum, TM-12-12 that examines the spectral effects of lighting on visual performance at mesopic light levels.

As the human visual system adjusts to lower luminances, which are typical of nighttime conditions, we become more dependent on rod photorecetors, which are more sensitive to light, emitted at shorter wavelengths.

TM-12-12 identifies a path similar to TM-24-13, whereby adjustments to the values recommended by the IES Illuminance Determination System may be achieved by incorporating the Scotopic/Photopic (S/P) ratio of light sources.

Accordingly, as seen with TM-24-13, the unique spectral characteristics of LEDs may allow for further reductions in energy use in outdoor lighting applications.

While LEDs are generally observed with a pronounced level of short wavelength spectral emission (typically around 455nm), quality LED sources exhibit a broadband, smooth and continuous distribution of light within the visible spectrum.

When compared to the saw-toothed spectral power distribution of fluorescent light, LED sources provide a greater amount of spectral coverage, which generally yields a greater presence of color vibrancy and color contrast.

Thus, among the many parametric visual system benefits described above, perhaps the most appreciated will be the observation of richer colors and a “full spectrum” illuminated environment. By carefully evaluating and responsibly incorporating energy efficient solutions, colleges and universities can demonstrate leadership beyond the realm of academics.

The energy and maintenance saving potential made possible through innovative LED lighting and control solutions not only provides an opportunity for higher education institutions to reduce current building operating costs, mitigate future cost volatility and perhaps enhance the illuminated environment, but it also provides an opportunity to demonstrate a culture of innovation, spirit of community, and the drive to create change.

SHARE
About the Author
Chris Bailey LC, LEED AP BD+C, DDI, MIES, is the director of Hubbell Lighting’s Lighting Solutions Center. He is a LEEDAccredited Professional as granted by the U.S. Green Building Council, and a member of the Illuminating Engineering Society (IES). For more information on how higher education institutions can make the most of LED lighting technology, please visit Hubbell Lighting.

Read more from this author
Related Articles in Lighting

Direct View LED: No Longer Stuck in the Box

Planners often run into obstacles when designing spaces. After measuring and completing a site visit, planners get back to the workspace to begin creating a concrete plan. Once they take into consideration the room dimensions, they often realize that the best 16x9 display will not fit the space, due to obstacle or height limitations.

Natural light can be hugely beneficial when used in educational settings—it improves people’s moods, has been shown to improve test scores and focus, and provides a warm and welcoming learning environment.

As college tuition continues to rise, so do the costs of running an educational facility. With sprawling campuses, there are often miles of pathways and dozens of student facilities that must be lit most of the day or even around the clock.

We moved into the 21st Century over 17 years ago. We can ask "Alexa" to play us songs, lock the doors and order pizza. Everywhere you go people are talking about "the Internet of Things." You carry a computer in your pocket more powerful than the computers NASA used to send people to the moon. So why are we still clinging to analog, 20th Century technology when it comes to dimming our lights? The technology I'm referring to is called 0-10 volt dimming.

Scott Hayworth is not afraid of the dark. However, as chief electric engineer for Northwestern University's campus in Evanston, Illinois, he is concerned about light.
END_OF_DOCUMENT_TOKEN_TO_BE_REPLACED 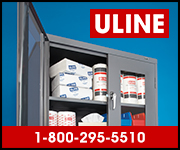