In the past 20 years, advances in digital technologies have affected all areas of live performance, including dance, drama, and music, perhaps most dramatically in the realm of visual effects. In the not too distant past, visual effects were created with stationary lights and colored gels, plastic sheets that slid into a frame placed in front of a lamp, typically housed in a Fresnel lantern.

Manipulating the intensity and placement of the lights was organized to match the feelings and actions taking place on the stage. Stagehands could change the gels in the sidelights, usually during a pause or intermission in order to change the mood to match the action on stage. In the more recent past, moving lights, also called intelligent lighting, have mostly replaced static lights hanging from overhead or placed on poles for side lighting.

Moving lights are programmable and speedily change color without physical manipulation, as was the case with gel lighting. In the even more recent past, the use of projectors has nearly replaced the painted backdrop. Projectors can be used to display still and moving images that assist in telling the story. Some projectors are made with lasers, which allows for intricate and complex designs.

Specific computer programs allow designers flexibility as they create visual effects. Images can be projected onto something as simple as a sheet or a cyclorama, or as specific as a projector screen or LED wall. With the use of projectors, special screens and specific software, a live action play or musical can look almost like a movie. In 2007, the United Scenic Artist’s Union Local 829 added Projection Design to its membership category. According to the USA 829, projection design is “the use of image as a means of enlightening or complimenting the text of a production.”

The Projection Designer is “responsible for overseeing the design of the system, specifying equipment, sequencing the material in co-ordination with the other design departments and the production at large, and supervising the production of original content.” Recent Broadway hits such as Frozen and Anastasia are examples of how projection design can take live action visual effects to another level. Projections increasingly are becoming part of plays, musicals, ballets, operas, and music concerts and the demand for people with specific training in projection design has increased.

Performing arts companies and venues include specific skills and education in job descriptions related to projection design. Proficiency in projection, video, and editing technology must be combined with the ability to create original art. An understanding of the stage action, whether it be dance, drama, or music provides context for the holistic nature of producing a live stage show. Therefore, the ability to collaborate with the team of designers, directors, and technicians is also important.

The projection designer must know how to use specialized software tools such as QLab, Final Cut, Avid, ProTools, Vectorworks, and the myriad of Adobe products available today. The designer must also know the functions, specifications, rigging, cabling and set up of projectors, screens, and computer networks. Often, the projection designer is also responsible for the maintenance, repair, replacement, and upgrading of equipment over time.

Private colleges and universities are including projection design in their technical theatre curricula. Samford University in Birmingham, Alabama, offers a Bachelor of Arts in Production Design and Technology. At Samford, students learn “the skills necessary to design lights and projections” and “gain the communication skills necessary to engage with directors and other designers in the collaborative process.” Hamilton College in Clinton, New York, introduces theatre majors to “the fundamentals of stage design, projection design/technologies, set construction, scenic painting and stage and production management” in order to learn the tools and techniques needed to “create the visual world of performance.”

Belmont University in Nashville, Tennessee, offers practical experience in the design areas of lighting, set, costume, sound, and projection within their Bachelor of Fine Arts with an emphasis in production design. DePaul University in Chicago, Illinois, offers a Bachelor of Fine Arts in projection design. Their program encourages students “to visualize, create, and implement their designs by collaborating with directors, dramaturgists, technicians, other designers, and professional production staff.”

From the first year studying principles of design and history of dramatic literature to the fourth year putting together a portfolio and interning at The Theatre School, projection design majors learn to use technology to enhance the action on stage. The department provides software and hardware to bring the designs to the stage with projectors, video walls, LED walls, and other new technologies.

At the Yale School of Drama in New Haven, Connecticut, a student can attain a Master of Fine Arts in Design with a focus on projection design. The department takes a holistic approach to design, requiring classes in costume, lighting, set, and projection design in the first year, with lighting and projection designers also studying sound design. In the second and third year, students focus on their primary interest. For projection designers, this includes animation, film production, advanced problems in projection and scene design, and a thesis project in which projection content is integrated into the performance as an essential part of telling the story.

Yale’s approach “provides students with the common ground of core knowledge of the field; and it emphasizes that in telling the human story for theatre, all elements of design are an integral part of the whole and cannot be conceived independently.” Students use specialized software, such as Adobe and Vectorworks, along with specialized hardware such as pen or graphics tablets and digital cameras to increase their digital skills and execute a projection design.

Digital technology is transforming the way audiences experience a live performance, whether in a small black box theatre, a medium sized proscenium stage, or at a large outdoor concert. Broadway productions in recent years have included projection technology, and United Scenic Artist’s Union Local 829 added projection design as a membership category. Private college and university theatre departments are offering their students the tools and experiences needed to be part of this new field of design.

Read more from this author
Related Articles in Auditoriums

While architects usually concentrate on the visual and acousticians focus on sound, accountants will focus on the money. Thinking about acoustics first and building correctly can often save you from having to spend money on fixing avoidable problems later on.
END_OF_DOCUMENT_TOKEN_TO_BE_REPLACED 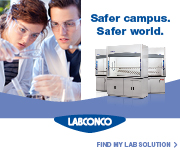