In August of 2016, an unspecified amount of chlorine gas escaped from a railcar at a plant near Proctor, WV, just across the Ohio River from Hannibal, OH. People in several communities in both states were evacuated from their homes for up to eight hours as the gas spread south and west.

The cause of the leak was a 46-inch crack in the car’s “sub sill” underframe, according to a follow-up report by the National Transportation Safety Board.Ten years earlier, the Federal Railroad Administration had issued a safety advisory about the type of sub sill that was on this car. Ninety tons of chlorine were released from the crack, and two employees were hospitalized. The plant’s owners had to pay$25,500 in workplace safety fines issued by the Occupational Health and Safety Administration, and lawsuits followed. Large accidents, such as this one, generate big news, but smaller ones can have greater consequences. One example is the death of a pool cleaner who was storing cleaning chemicals in his garage in Southern California. Reports indicated that chlorine and other chemicals had been knocked over. Emergency responders found that the man had been overcome by fumes.

Problems associated with the delivery, storage and handling of bulk chlorine have long plagued the owners and operators of commercial swimming pools, such as those found on college campuses. When it comes to keeping pool water sanitized, chlorine works-very well. However, it’s been a Faustian bargain because of chlorine’s inherent problems. At the corporate level, many are looking to salt-based water sanitization systems as the means to unshackle themselves from the bonds of traditional chlorine.

Chlorine’s problems fall into three broad categories: safety, water quality and cost. Cost is always a concern for any private college or university, and with the ability to crunch data down to the finest granular levels, business managers can quantify operational matters that had been based on evidence and strong feelings. Safety and water quality have cost implications when it comes to looking at chlorine.

Straight chlorine in any form is problematic, thus more local governments are looking at safety when it comes to bulk chlorine delivery and storage-and that’s before any chlorine ever gets into a swimming pool. Some are limiting the hours when trucks can deliver chlorine to commercial swimming pool sites to reduce the probability of accidents that could cause its release. Others are requiring the construction of separate, specially designed storage facilities for chlorine. he purpose of the regulations is to prevent a large release of chlorine gas. Chlorine gas has a pungent odor, much stronger than the odor experienced in swimming pools. According to the Centers for Disease Control and Prevention (CDC), when people are exposed to it, they can experience blurred vision, a burning sensation in the nose, throat, and eyes, coughing, chest tightness, difficult breathing or shortness of breath, nausea and vomiting, watery eyes, and wheezing.

Additional problems are associated with swimming pools. Chlorine is added to pool water from inside the equipment room. Further, pools use muriatic acid to balance the pH in the water so that the chlorine can work effectively. In all too many cases, the work is done by lifeguards or by people who may not be properly trained in handling both chemicals. Any mishandling can result in the release of chlorine gas in an enclosed area, and effects can be exacerbated if ventilation is inadequate. In a worst-case scenario, mixing chlorine and muriatic acid in the wrong quantities can create a dangerous, noxious gas or cause a fire. It should be apparent that safety problems have cost factors. Scheduling chlorine deliveries for non-business hours can be costly, and building special storage facilities can be costlier. Expenses can escalate if chlorine causes an incident, including the direct costs associated with having to suspend pool operations and possible lost business.

Along with safety, bather comfort is leading pool owners and operators to look at water quality and chlorine. The odor and burning sensation are associated with chlorine in swimming pools that rely on straight chlorination. Bathers generally notice irritated eyes, itchy or dry skin and bleached-out bathing suits-as well as the odor-from chlorine in pools. The odor can be especially strong in indoor pools. When given the opportunity to bathe in pools that do not use straight chlorine, users report more satisfaction with pool conditions, including a preference for softer, more natural-feeling water.

To rise above chlorine’s shortcomings and to reduce costs, saline-based sanitization is gaining more traction. As a technology, it’s been around for nearly 200 years in the process known as electrolysis, in which an electric current is passed through saline water to produce chlorine. Today, the same basic technology is used in saline chlorinators, one of the options today to sanitize commercial swimming pools. Small amounts of salt-the same chemical composition of table salt-are added to the pool’s water. The saline water is then passed through a chlorine-generating cell in a self-contained unit in the pool’s pump room.

As low-voltage electricity is applied to the metal plates within the cell, the system produces chlorine, which is pumped back into the pool to kill bacteria, algae and germs. After it kills contaminates, it reverts back to salt and is recycled through the chlorinator to begin the process again. Pools with salt chlorination systems require monitoring with the same equipment as used for chlorine-based systems. Occasionally, you will have to add salt to replace what is lost to splash-out, overflow and filter back-washing. The size of a salt chlorinator will vary based on the volume of water to sanitize. Commercial units are available for pools holding 1,000 gallons to 1 million gallons, and the concentration of salt is one-tenth that of sea water, approximately 3,500 – 5,000 parts per million (ppm) as opposed to 35,000 ppm. Salt chlorinators typically have a smaller footprint and use significantly less power than chlorine systems. Systems designed for commercial use can last for ten years or more when properly maintained.

Skid-mounted systems use pool water, which eliminates the need to connect them to freshwater sources. Once the system is installed, owners have the ability to operate their pools as a traditional bleach or salt pool with the only cost being for salt and electricity. In other words, there is no risk of storing, handling or spilling chlorine.

Both saline-based options can be used for retrofit projects. From an operating-cost perspective, the salt is less expensive than chlorine and not subject to the same price volatility or special handling and storage needs. Saline-based sanitization systems are appealing as an eco-friendlier option and can make your pool a lifestyle asset. Whichever saline-based sanitization system you choose to replace a chlorine-based system, you will improve safety, water quality and cost-efficiency.

Ultraviolet light systems add a second level of protection against pathogens in the pool water. They also drastically reduce the level of chloramines, which can often overwhelm indoor pool areas. UV systems are an effective secondary treatment. When water being recirculated to the pool passes by them, the lights kill contaminates instantly. Low-pressure amalgam, dual-lamp systems provide cost-effective protection for pools.Low-pressure amalgam systems require only 110-volt, 20-amp electrical service and target specific wave lengths. The 185nm (nanometers) wavelength creates ozone, which oxidizes pool water to provide required sanitization with lower levels of chlorine, and the 254nm wavelength sterilizes pathogens, such as crypto sporidium. Crypto can force the shutdown of a pool, necessitating a shutdown for cleaning, hypochlorination and sometimes draining and a health inspection before reopening. UV systems work with chlorine or saline-based sanitization systems to extend the safety and cost-efficiencies of saline-based systems.

SHARE
About the Author
Steve Pearce is the Co-Founder and Group Executive Vice President, ChlorKing, Inc. and oversees all business activities. He is actively involved with NSF (National Sanitization Foundation), which is responsible for codes and policies directly related to the commercial swimming pool industry.
Read more from this author
Related Articles in Athletic Facilities

The average American spends almost 90% of their day inside according to a National Human Activity Pattern Survey by Neil E. Klepeis et al. Whether inside a building or a car, we are sheltered from the natural world but at what cost?

Everyone has heard the old adage that says, “All work and no play makes Jack a dull boy,” and that goes for Jill too. Pensacola Christian College in Pensacola, Florida, makes sure that its students have access to play in a spectacular way.

You may be looking to install a new track and field surface or renovate your existing athletic track, but you may be unsure of where to start and what factors to consider.

In the most simple terms, over stabilization occurs when too much cyanuric acid is added to pool water. Over stabilization is a problem because cyanuric acid (CYA) can slow down chlorine's ability to kill pathogens and algae. To explain this, you need to know that hypochlorous acid (HOCl) is the active form of chlorine in pools.

Planning for New or Renovated Athletic Facilities and Limiting Risk

Sports facilities and gymnasiums can be critical components of a student and athlete recruitment program, and-before making an investment- private colleges and universities must consider these additions or renovations carefully before making an investment. Of course, participant and spectator safety must play a primary role in the design and selection of gymnasium equipment, regardless of the intended level of play that the facility attracts.

With recent studies showing that more than half of consumers and businesses are prioritizing doing business with companies known for being environmentally friendly, it's no wonder that colleges and universities are also following the trend.
END_OF_DOCUMENT_TOKEN_TO_BE_REPLACED 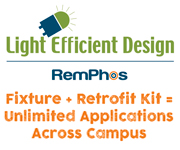