For every Notre Dame or Michigan that builds a sports palace, there are hundreds of smaller colleges that have to adopt different strategies to compete in the facilities arms race. In regard to new construction and renovation projects, small colleges have specific needs—and specific limitations—that affect the way campus administrators and architects must approach planning and design.

The collective sigh that accompanied the University of Alabama’s announcement of Nick Saban’s new pay package ($6.9 million a year for eight seasons) came from the athletics and facilities directors at the several thousand small colleges across the country. How, they wondered, can smaller colleges hope to attract and retain students with a facilities budget that is dwarfed by the annual salary of one Division I-A head football coach, albeit one of the country’s best?

It isn’t just a collegiate sports world of $400,000-a-year strength and conditioning coaches; it’s a world in which the University of Michigan has roughly $1.7 billion in construction either in the works or in the planning phase campus-wide, including $250 million earmarked for non-revenue sports venue renovation and construction projects that were ongoing through 2020. It’s a world in which the University of Notre Dame added more than 750,000 square feet in new buildings attached to three sides of its football stadium, at a projected cost of $400 million.

No comparison can be made between Alabama athletics and its nation’s-biggest operating surplus of $27.2 million during the 2012-13 fiscal year (on $143.8 million in operating revenue) and how a small college athletic department lives and breathes. The athletics department’s dreams in a small college setting need to be weighed against reality in a way that Alabama’s and Michigan’s don’t. But not all the differences revolve around the budget gap.

A large university might employ a university architect who directs all campus planning. Small colleges not only lack this on-campus resource, but they also typically don’t have the levels of bureaucracy or depth of experience, just by virtue of having fewer people on staff, that can be extremely helpful when planning a large capital project. A smaller staff means fewer people who can help with research or manage different aspects of project conceptualization: developing a strategy for getting a project going, organizing fundraising, planning for the type of programming they might need, and the overall process of getting a building permitted and built. Likely, there is less of a chance that they have someone on staff who has gone through the planning and design process before. They may not have someone solely dedicated to procurement, as a large university does. This organizational shortfall—again, mostly due to the smaller number of people—extends from leadership of a project to lower rungs of management.

Since lack of familiarity with the process can lead to some really costly mistakes, it is especially important for smaller colleges to work with an expert on the building type in question and/or an owner’s representative to help direct the project. In terms of the method of project delivery, design-build often suits smaller colleges specifically because this approach requires less management effort on the part of the owner.

While outsiders sometimes criticize design-build for removing the client’s “advocate”—the architect—from the mix, employing a design-builder who has a track record of success with similar institutional projects can result in huge gains from everybody being on the same team. The coordination of the disciplines leads to a more streamlined process, removing much of the burden of decision-making from the owner and allowing the team to focus on meeting the owner’s goals for the project.

Limited resources affect the building process in several ways, chief among them the construction budget itself, which on far too many building projects is set in wet concrete (as opposed to stone). Other budgetary aspects involve planning for future operational, repair, and maintenance costs. Large universities are cost-sensitive, but they are more likely to have donors interested in constructing a palace and putting their name above the palace door. When constructing a sports and recreation center that includes a competitive arena, the focus is likely to be on naming rights, corporate sponsorships, luxury suites, and incorporating equipment and components that can accommodate large numbers of media operatives and the needs of broadcast television.

Small colleges, by contrast, look at revenue generation from an entirely different perspective. Sponsorships and suites may play a role in a small competitive venue, but so will planning and design that is sensitive to the need for renting out spaces, or for accommodating multiple uses of spaces. A smaller operational budget means that it’s even more important for smaller college facilities to be “bulletproof,” featuring finishes that first and foremost can stand up to wear and tear.

Budgetary constraints are another issue that often lead smaller colleges toward the design-build method of project delivery. Richard E. Wylie, president of Endicott College, recently acknowledged the importance of design-build’s fixed-price approach when he said, “The ability to say to my board that the price was guaranteed was huge.” Large universities can more easily absorb cost overruns; smaller schools don’t have that luxury.

Along with the need for cost certainty, small colleges need cost efficiency; they won’t likely have the wherewithal to build five different facilities to meet student life needs. It is thus far more vital to smaller colleges that their buildings be conceived as truly multifunctional facilities, and this focus will affect dozens of small and large aspects of the planning process.

On smaller campuses, space efficiency—the need to maximize space and resources—sometimes moves the discussion beyond building planning toward campus planning. A large university might feature a fine arts center in one area of the campus and an arena/convocation center in another area of the campus. On a small campus, a new wellness center often becomes the new hub for the campus, rather than one destination building among many. As a result, it is not unusual for planners on small campuses to incorporate, or at least consider adding, components normally associated with a student union, fine arts center, or dining hall, with the rationale being driven as much by the logic of student life as by economics.

That’s how the 137,000-square-foot Jane P. Batten Student Center at Virginia Wesleyan College ended up comprising a competition gymnasium, a natatorium and the usual recreational and fitness activity areas, as well as uncommon elements such as Town Square featuring a 7,500-gallon aquarium, the campus dining center (the “Marlin Grille”), the campus bookstore, and the counseling center.

All architects think in terms of a new building’s sensitivity to the campus context, but the need is more acute on a smaller campus. A new recreation center—or, for that matter, a new dormitory, dining hall, fine arts building, or classroom building—might represent the school’s one shot to transform its campus, and the relative paucity of college buildings will give it an outsized impact on the campus aesthetic. Whereas a large campus that already embraces several different building styles over far more acreage might use this new building as an opportunity to try on an entirely new architectural style, a small college risks making its campus look disjointed or losing its identity.

Student life buildings are amenities that are counted on to attract and retain students, and while a state university may have half a dozen such buildings, a small college might have just one. The stakes are higher on a small campus; in other words, getting the building aesthetic “right” carries even more weight than it does at a large university. A large university is more likely to hire a star architect; in fact, the naming donor or high-priced football coach might demand it. In such cases, paying the fees of a high-priced architect is not necessarily problematic because of the extra cost of hiring a “name”—some small colleges are certainly sitting on big endowments—but because star architects are not always versed in the specific functional requirements of sports and recreation buildings.

Smaller colleges on a shorter financial tether are more likely to choose more program space over architectural flourishes, and the need for multifunctional space practically cries out for an architect with experience in the specific building type.

It’s a Small College World after All

Of the roughly 4,600 degree-granting colleges and universities in the United States, only 357 have a student enrollment above 15,000. One of those, the University of Oregon, recently wrapped up a 110,000-square-foot expansion of its existing Student Recreation Center, at a project cost of $50 million. The vast majority of college sports and recreation administrators live in a different world, where the cost of a new rec center is in the range of $10 million to $15 million, and finding the funds to build it requires contacting all living alumni, not just the current football coach.

Getting a building that meets the program’s objectives, fits the campus, and matches the budget is the goal of all colleges embarking on a building project. Small colleges, though, are often challenged to a much greater degree than large universities. Administrators at these schools should be heartened to know that, just as they don’t have to spend $50 million to get a building that will transform their campus, they can find design firms that specialize in getting small colleges what they need.

SHARE
About the Author
Oliver Snider (osnider@stanmar-inc.com) is vice president of business development for Stanmar Inc., a Wayland, Massachusetts-based design-build firm.
Read more from this author 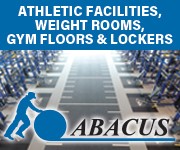