In summer of 2013, we completed the renovation of the sound system at the University of Pennsylvania's Palestra. One of the most historic college arenas in the US, "The Cathedral of College Basketball" was founded in 1927, seats 8,722 and is home to Penn's Quakers men's and women's basketball, volleyball and wrestling teams.

As one of the oldest basketball gyms in the country, the Palestra is famous for its intimate seating, but it wasn’t particularly well-known for its sound system. In fact, the opposite was true: it was known for having subpar audio, and the outdated loudspeaker and amplification technology certainly did not help. In short, the existing system was underpowered and simply was not meeting the needs of the facility.

The arena also posed some acoustical challenges because of the many reverberant surfaces in the space, as well as some dimensions that were not particularly acoustics-friendly. In addition, to avoid compromising the integrity of this historic arena, we were not allowed to apply acoustical treatment to any of the surfaces in the space. So we had some obstacles to work around.

The University of Pennsylvania also wanted the audio equipment to be easily avoided for events where the system did not need to be put to use. To this end, we designed and fabricated a custom 2-layer rigging grid that can be raised and lowered from the ceiling.

We placed it in an optimal position where it can easily be deployed during games and other events, but can stay out of the way when it is not required.

When it came to designing the audio system, we needed loudspeakers that not only offered high-quality audio; they also needed to be easy to affix to the custom rigging grid and, due to weight restrictions of the grid, were also light weight with widespread coverage (wider coverage meaning less loudspeakers required).

After conducting an acoustical analysis of the Palestra, we designed a new system based around JBL VRX932LA-1 Constant Curvature loudspeakers and ASB6118 subwoofers. Working in conjunction with JBL, we determined the JBL loudspeakers would deliver the most output for the budget thanks to their compact size, ease of installation and wide, 100 x 15-degree coverage pattern.

The custom-designed fly grid holds 30 of the JBL VRX932LA-1 Constant Curvature loudspeakers arranged in six clusters of five each, with eight ASB6118 subwoofers hung from the center. While these loudspeakers are targeted precisely towards the fans, there are another four JBL AM5212/95 loudspeakers that deliver “fill” sound directly onto the basketball court, for the benefit of the players, coaches and officials.

We also knew that being able to provide a system in which the components are designed to seamlessly work together would also be a tremendous advantage to the university, translating to significant savings in terms of time and cost. A properly integrated audio system, where the loudspeakers and amplifiers can operate in unison, makes management of the whole system a much simpler operation.

When it came time to choose the amplifiers, we felt there would be a tremendous advantage to specifying Crown amplifiers, since they are designed from the ground up to work seamlessly with JBL loudspeakers.

Another crucial component to the project at the Palestra, as it is with just about any audio system installation, was the ability to customize the system so that University staff could easily operate and fine-tune the system as needed. Digital signal processing technology has made this an easily achievable goal, and we selected a BSS Audio BLU-160 signal processor with digital audio bus and a BLU-BOB2 breakout box to help provide the University with this capability. In other words, if an operator wants to control a specific loudspeaker (or group of loudspeakers) and make adjustments to the audio signals, he or she can easily do that through the BSS interface.

We had a very tight turnaround on the project-only nine weeks from the time the purchase order was issued to the completion date. Without the luxury of time or space, we used our headquarters in Manheim, Pennsylvania, as something of a staging ground for the Palestra installation.

Before we were able to perform the actual installation at the gym, we hung and tested the entire system at our headquarters, to ensure that the installation would go smoothly and quickly. Our successful working relationship with the technical staff at the University of Pennsylvania enabled us to overcome the technical and time management challenges of the project at the Palestra.

The Penn Quakers men’s basketball team had a down year in 2014-15, although the women’s team went 22-9 and made the NIT tournament. Regardless of the success of the respective teams, the fans can be assured of one thing: a state-of-the-art audio experience in the historic Palestra.

SHARE
About the Author
Jim Devenney is a Senior Systems Designer for Clair Solutions. He has almost 40 years of experience designing and installing permanent audio/video systems for churches, auditoriums, amphitheaters, amusement parks and theaters, as well as portable systems for touring audio companies.

Read more from this author
Related Articles in Athletic Facilities

Recruiting top athletes is serious business for universities, and having high-quality facilities is one of the best ways a school can gain an edge in the recruitment process. Facilities that are bright and welcoming—filled with diffuse, natural daylight—help make a good first impression, so people want to stay.

During the Olympic Summer Games, I gleefully watch any event of any sport—archery, table tennis, modern pentathlon, judo, basketball, even dressage, for which I have little to no understanding of its rules.
END_OF_DOCUMENT_TOKEN_TO_BE_REPLACED 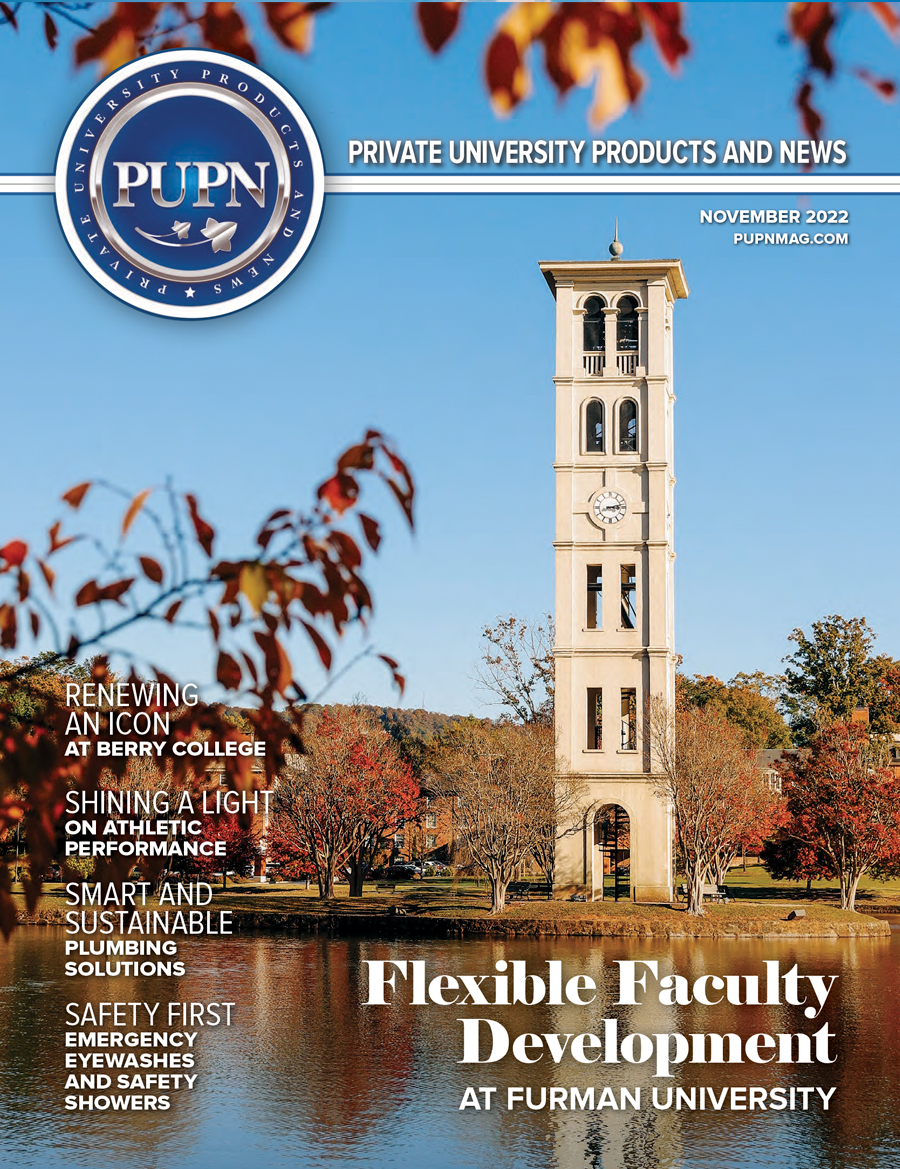