When we started Flaherty Media in 2012, I knew nothing about the business of magazines. My professional life had been devoted to education in some way, from my first teaching job at an alternative school to my last years as a Writing Center Director at a private Liberal Arts college.

For eight years, I worked at a public university and a private college simultaneously—only switching out which institution I belonged to “full-time” and which I belonged to part-time. While I would have loved to devote myself to one alone, neither paid me enough as a full-time employee that I could afford to quit my additional jobs. As a divorced mother of a young child, I couldn’t take care of my small household of two with only one salary, though we certainly didn’t live in luxury.

The blessing inside this overworked, underpaid position is that I was part of both faculties for a long time—which was time to network and time to learn. I learned which conversations stayed the same from campus to campus, and which ones varied. I learned how power structures, hierarchies, and priorities emerge in conversations at both types of institutions. At the private college, we had every faculty member on the campus together at once, which was wonderful at first. It was also eye-opening. I’d always assumed the faculty members had more of a say in their own leadership than they actually had, at least in this situation.

Because I was never solidly on the “inside” as a tenured faculty member, my position was unique. I was as involved as I could be—to prove my worth—but I was often little more than an observer, because I had no power. A few years into both jobs, the private college convinced me to make it my full-time home, working out ways to guarantee me extra classes for Interim and summer semesters so that I could maintain the 37k I needed to squeeze from my full-time job. Of course, I also needed it written into my contract that I was allowed to keep teaching three adjunct classes at the public university each semester; otherwise, I couldn’t have paid my bills.

I didn’t reflect on the absurdity of having to work so hard to keep additional jobs just to support myself and one child; I was too busy finding ways to do it. Instead, I focused on being proud I’d earned a Writing Center directorship. I was also relieved, knowing my daughter’s college education would be covered. Five years later, the year my daughter was graduating high school, that college faced a financial crisis and made some unpopular, but necessary, decisions. Money had been mishandled at some level. Mistakes were made, but honest ones…something along those lines. The college was in trouble, and sacrifices would be the necessary result. Ultimately, those sacrifices were made by people who had no hand in creating the financial problem.

Leadership was punished with a severance package of several million dollars, whereas dozens of full-time faculty and staff lost their jobs. Long-time staff members were told the news and escorted immediately to their cars by campus police, because the college feared what they might do. Faculty were afforded the dignity of cleaning out their offices and completing their contracts. However, when my old office was left open and empty, I checked the computer I’d used to make sure my personal documents were still erased. And, nope, they had restored everything I’d deleted, assuming I must have erased something that belonged to the college.

The chair “found” me in that office. As I was trying to tell him the problem, he interrupted me to tell me I didn’t have a right to be there. He told me I needed to vacate the office and use one of the student labs if I needed a computer. So, I left some of my personal documents on that unlocked computer in an empty office with an open door, including two docs with my social security number. Ten minutes later, I went into a classroom and did my job. And that was nearly a decade ago—before the world had gone mad.

That’s when I saw how little power even tenured faculty had. They whispered words of sympathy in hallways, saying how this turn-of-events was unfair and upsetting. Those sympathetic whispers never amounted to much, because they were afraid of losing their jobs. Also, they had lost some benefits and pay as well; understandably, their focus was on their own loss. The blessing inside this burden is that it served as an impetus for a new career, one with more financial security and control over my own future.

What I have missed—and something I did get from teaching—is a sense of purpose. But now I have that too. A few twists of fate offered a platform I never would have been given. This position gave me a platform to speak from. And I will use it.

An Apology and A Promise

Because I was unfamiliar with magazine publishing in 2012, I looked up ethical guidelines for publishers of B2B magazines. Rhetoric is what I love and what I know, so exploring the language of magazine publishing was fascinating (and scary, as our livelihood depended on the success of this venture). Like any corporate venture, publishing had its loftiest principles and ideals to aspire to, along with lowly cash-grabbing machinations being worked by dishonest publishers. Since ours was a family business and a company named after my maternal grandmother, I wanted to ensure this company—Flaherty Media—had standards and ethical guidelines that were clear.

As I learned more about the relentless push-pull nature of advertorial and editorial, adhering to the loftiest principles sometimes grew tricky. I looked for ways to give advertisers what they wanted without compromising our principles on our editorial, even though the “business” of magazine publishing was about getting dollars from advertisers…period. Coming from a career in academia, I’d run up against this problem many times before, of course: maintaining principles while bringing in money. Something always has to give; true “business people” never want it to be the money. If the bottom line is what matters, answers stay simple. You go for money over principle—every time.

Ironically, my inexperience (and naïve approach to ethical advertising) helped secure our company’s financial future, as we have continued to thrive, while other companies have weakened or folded. I wasn’t surprised, because they had no backbone, no morals, and no heart. I believed we deserved success because we worked hard and focused on doing the right thing. Some people, in business and the business of academia, will see that mindset as laughably outdated. But it works for me—so I’m going to keep doing it. In my editorial choices over the years, though, I never considered that stories shared by colleges and universities would need to be vetted.

Not once did I imagine someone would recommend a professor for our spotlight who doesn’t have the academic background they claimed to have. I couldn’t have foreseen that representatives of a university would send press releases about buildings that don’t exist or share stories filled with quotes from scholars and experts who also don’t exist. Who could have imagined such things? However, now I know to check. And I will be vigilant.

SHARE
About the Author
Rachel James Clevenger earned her B.A. and M.Ed. degrees from Mississippi College. After finishing her PhD in Composition and Rhetoric, she taught and served as the University Writing Center Director for Birmingham Southern College and University of Alabama at Birmingham. Most recently, she taught Business Communications at Samford University.
Read more from this author
Related Articles in COVID-19

In the face of a pandemic that has shuttered most physical laboratories across campus, researchers have maintained work and social ties through writing, virtual journal clubs, online coffee breaks, and more.

University or college campuses simply cannot function without regular maintenance, and the endeavor of maintaining an entire campus, whether large or comparatively small in size, requires an incredible amount of planning, effort, and teamwork. On the majority of campuses, Facilities Management tackles the duties of preventative care and upkeep of all buildings, in addition to cleaning and sanitizing, attending to waste and recycling infrastructure, as well as multiple other responsibilities that collectively keep our campuses functional, safe, and looking great.

A relatively old technology is being used to help solve a novel problem: SARS-CoV-2 (severe acute respiratory syndrome coronavirus 2). The relatively old technology is wastewater epidemiology. The novel problem is a highly transmissible virus that emerged in late 2019 and has caused a pandemic of acute respiratory disease, which we now label as Covid-19 (coronavirus disease 2019).

Because Covid-19 is an airborne contagion, we have been compelled to think more carefully than ever about the air we breathe and how best to remove airborne pathogens that threaten us. No longer can we enjoy a meal inside a restaurant without concern for our own health, and the same applies to shopping, using public transportation, as well as so many other routine activities we once took for granted.

Social and behavioral scientists use the phrase “mass trauma” to describe a potentially life-threatening event that affects not only individuals but also entire communities. Natural disasters, war, and terrorism are the most researched triggers of mass trauma. But with over 230,000 dead and nearly 9.2 million infected in America alone, it is hardly an overreaction to add the COVID-19 pandemic to this list.

Private colleges and universities convened task forces in the spring to study the novel coronavirus and present plans to keep campus health and safety as high as possible. However, students were eventually sent home weeks before the end of the 2019-2020 academic year, and plans for major events such as commencement were put on hold.
END_OF_DOCUMENT_TOKEN_TO_BE_REPLACED 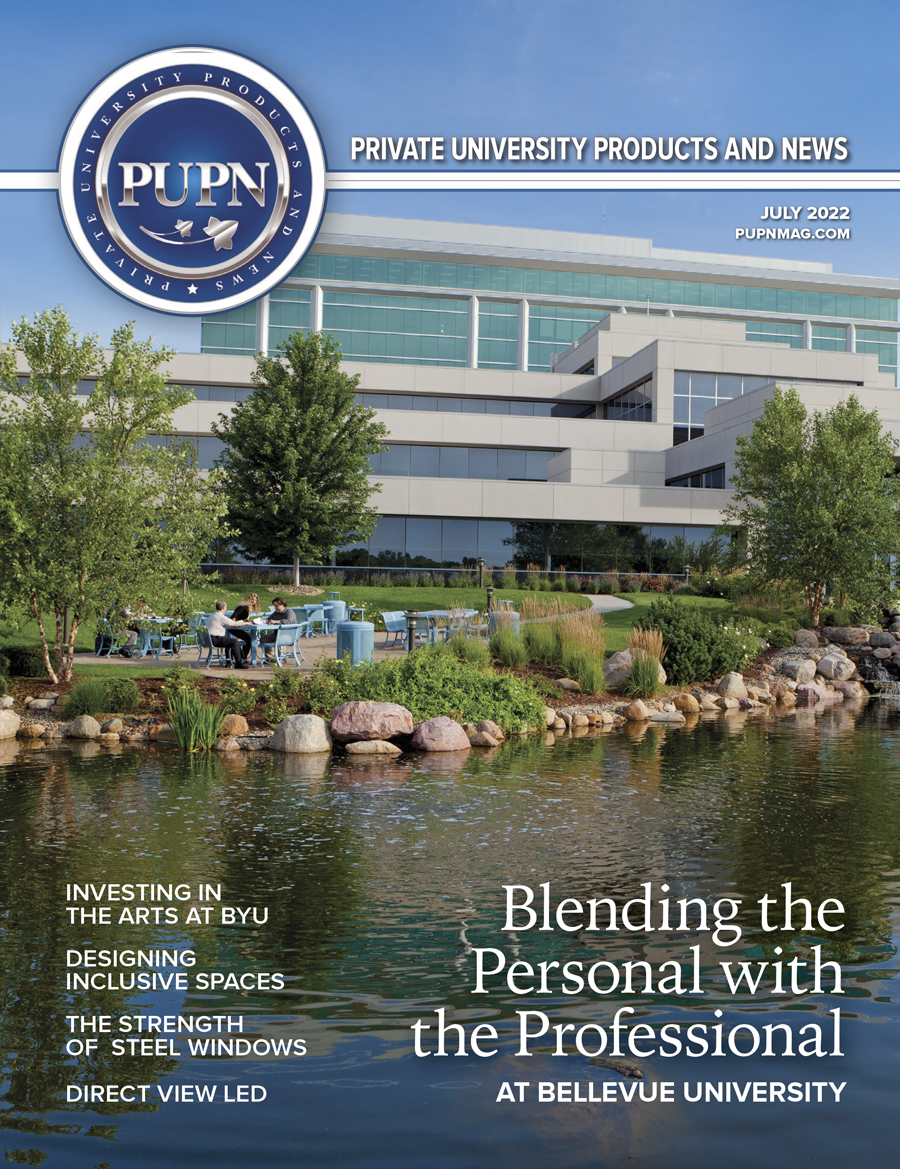 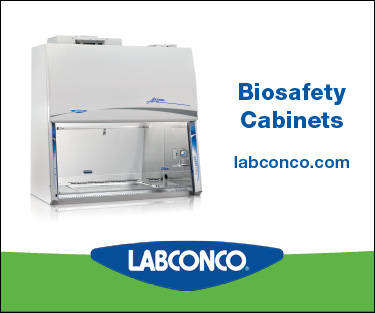